Andrea del Verrocchio (1435-1488) was an Italian Renaissance sculptor, painter, and goldsmith. He was one of the most influential artists of the 15th century, and his works are renowned for their technical skill and beauty.

Verrocchio was born in Florence, Italy, and was apprenticed to the sculptor and goldsmith Antonio di Sandro. He quickly developed a reputation for his skill and artistry, and soon became one of the most sought-after artists in Florence. He was commissioned to create works for the Medici family, and his sculptures and paintings were highly praised by the likes of Leonardo da Vinci and Michelangelo.

Verrocchio's sculptures are some of the most iconic works of the Renaissance. His most famous sculpture is the bronze statue of David, which was commissioned by the Medici family in 1476. The statue is considered to be one of the finest examples of Renaissance sculpture, and is renowned for its lifelike quality and attention to detail. Verrocchio also created a number of other sculptures, including the bronze statue of Bartolomeo Colleoni, which is now located in Venice.

Verrocchio was also a talented painter, and his works are characterized by their vibrant colors and lifelike figures. He is best known for his painting of the Baptism of Christ, which was completed in 1475. The painting is considered to be one of the greatest works of the Renaissance, and is renowned for its use of light and shadow.

Verrocchio was also a skilled goldsmith, and his works are characterized by their intricate designs and delicate craftsmanship. He created a number of jewelry pieces for the Medici family, and his works are still highly sought after today.

Verrocchio's influence on the art of the Renaissance was immense. His works are renowned for their technical skill and beauty, and his influence can be seen in the works of many of the great Renaissance artists. He is remembered as one of the most influential artists of the 15th century, and his works continue to inspire and influence artists today. 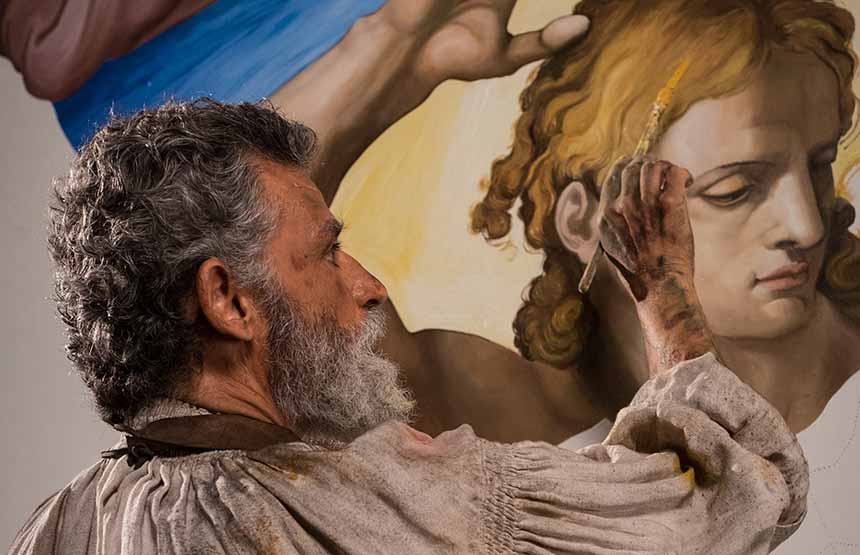