Revealing the Mysteries of Rembrandt: Uncovering the Hidden Meanings

He is most renowned for his mastery of light and shadow, his ability to capture the human figure with exceptional sensitivity and psychological insight, and his inventive use of composition and color. His works have been highly influential for centuries, inspiring countless artists and helping to shape the development of western art.

Rembrandt was born in Leiden, Holland in 1606. His father, a miller, provided a comfortable living for his family. At an early age, Rembrandt showed an aptitude for drawing and was allowed to study with a local artist, Jacob van Swanenburgh. He began to study drawing and painting at the age of 14, and soon became an accomplished artist.

He was mostly self-taught, though he did receive some formal training from two experienced painters. His first biographer, Arnold Houbraken, wrote that Rembrandt was “a very independent and inventive artist who was driven to create new and innovative works of art that would become the basis for the Baroque style.”

He later moved to Amsterdam to study with the renowned painter Pieter Lastman. It was here that he first developed his remarkable painting style.

Rembrandt’s life was not without its hardships. Although Rembrandt was immensely popular during his lifetime, his fame began to decline shortly after his death in 1669.  He suffered financial problems throughout his career, and his personal life was also troubled.

This decline in popularity was due to a number of factors, including economic troubles in the Netherlands and the changing taste of the Dutch art world. Yet despite these difficulties, he continued to produce remarkable works of art. In the end, his legacy is one of unparalleled greatness and his paintings remain some of the most admired and influential works in the history of art.

It was not until the 19th century that interest in Rembrandt’s work was revived; this was largely due to the efforts of art historian Julius von Schlosser, who researched the artist’s life and works and helped to introduce them to a wider audience.

Rembrandt’s early works include numerous paintings, etchings and drawings that often featured people, animals and landscapes. He was also known for his self-portraits, which he created throughout his life. Though he is best known for his portraits, Rembrandt also painted religious and mythological scenes, as well as still lifes and landscapes.

Most of the Rembrandt’s earliest works are portraits, which often feature wealthy patrons. His skill in capturing the character of his subjects is already evident in these works, as is his penchant for experimenting with light and shadow.

Rembrandt’s work also includes a number of self-portraits, which are among his most famous works. These paintings reveal a great deal about the artist’s inner life and his self-perception. They also demonstrate his mastery of light and shadow, which he used to create an expressive, psychological effect.

In his later works, such as “The Night Watch” and “The Syndics of the Cloth Guild”, Rembrandt began to focus more on depicting scenes of everyday life. His paintings of Biblical and historical scenes also reflect his deep interest in religion and philosophy.

Throughout his career, Rembrandt would experiment with a wide variety of mediums and techniques, including oil paints, etching, wash on paper, and metal point. He often used the chiaroscuro style, which combines light and dark, in order to create depth and shadows. He also was known for his use of extraordinary brushstrokes and thick layers of paint, as well as his use of color and light to create powerful emotional effects.

His painting style was very expressive and detailed; he often focused on facial expressions and gestures to convey emotion. He was also a master of self-portraiture, creating many striking images of himself throughout his career.

Rembrandt is particularly well-known for his use of chiaroscuro, a painting technique that emphasizes the contrast between light and dark. This technique was developed during the Renaissance, but Rembrandt pushed it to new heights, using dramatic lighting to bring out the psychological depth of his subjects.

Rembrandt's chiaroscuro style was the result of a very deliberate choice. He was an avid student of the old masters, and was influenced by their work, particularly Caravaggio. He was also inspired by the Baroque style of painting, which often featured light and dark elements to create a sense of drama. This style of painting allowed Rembrandt to create a sense of drama and emotion in his works.

Rembrandt's use of chiaroscuro has been hugely influential on subsequent generations of painters. It has been used by artists such as Caravaggio, Vermeer, and Rembrandt's own students, such as Gerrit Dou. His work has served as a touchstone for many painters, as they strive to recreate his mastery of light and darkness.

In addition to painting, Rembrandt was also a prolific draftsman. He produced thousands of etchings and drawings, many of which depict religious, mythological, and historical subjects. He also created a number of landscape drawings, which demonstrate his remarkable skill in capturing the effects of light and atmosphere.

He is renowned for his mastery of light and shadow, and his drawings are known for their use of rich, dark hues and bold contrast.

Rembrandt is best known for his drawings of people, though he also drew landscapes and other subjects.

His technique of drawing was based on the study of nature, and he paid attention to the smallest details in his subjects. He often added a sense of movement to his drawings by using dynamic lines and bold shading.

Rembrandt's drawings were often executed quickly and spontaneously, and his technique was to use a light touch. He would lay out the composition first and then add details. He used a combination of fine and broad lines to add texture and contrast, and he often employed stippling and cross-hatching to create shadows and textures.

Rembrandt's drawings have had a lasting influence on art. His technique of using bold lines and contrast to create drama, as well as his attention to detail, has been adopted and adapted by many artists since. His drawings are a testament to the power of observation and the importance of studying nature in order to create art.

The Influence of Rembrandt: A Look at How His Art Changed the World

Today, Rembrandt is regarded as one of the most famous artists of the Baroque period, and his works remain some of the most sought-after and highly valued in the world. His works are characterized by a strong use of shadow and light, a deep exploration of emotion, and an awe-inspiring level of detail and texture. His paintings, drawings and etchings are displayed in some of the world’s most prestigious museums, including the Rijksmuseum in Amsterdam, the Louvre in Paris and the National Gallery in London.

Rembrandt’s legacy lives on through the works he created and the influence he had on generations of artists who followed in his footsteps. His works continue to inspire and inform current generations of painters, and his legacy continues to be celebrated throughout the world.

Rembrandt’s influence on later generations of artists has been immense. He was a great innovator in the use of light and shadow, and his work has been a major influence on the development of western art. His use of composition and color has also been highly influential, inspiring countless artists to experiment with new techniques and to explore new ways of expressing their ideas. 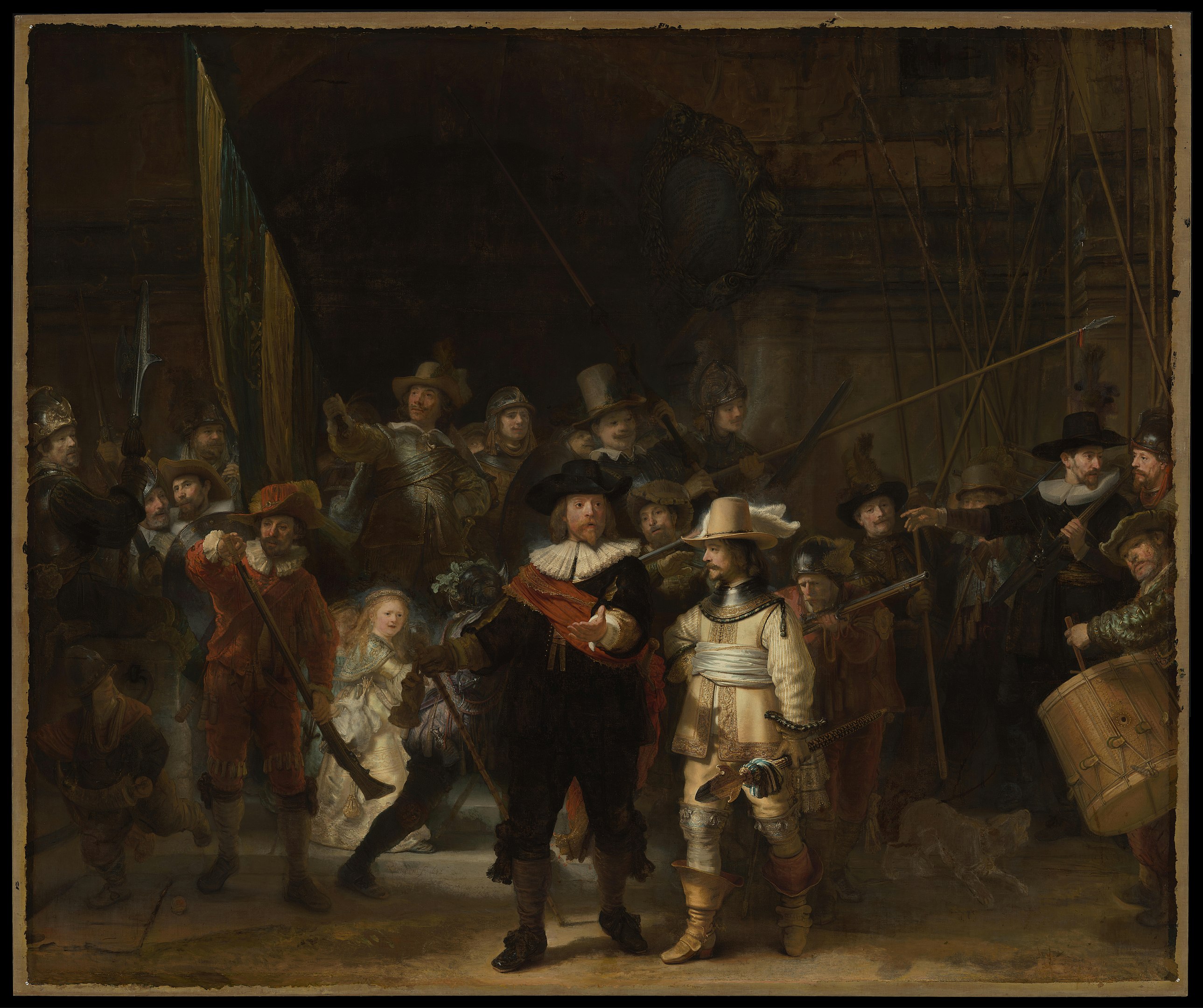 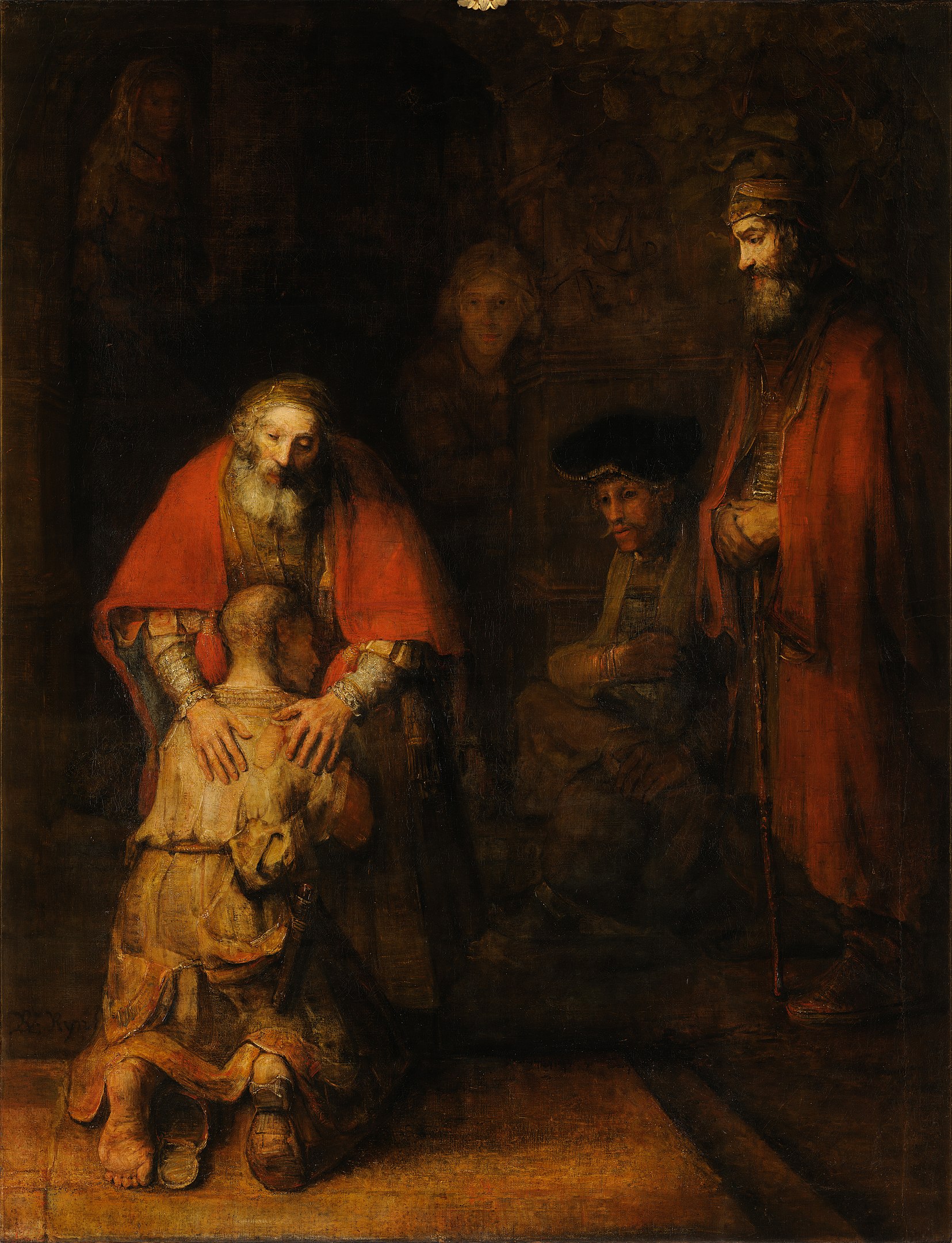 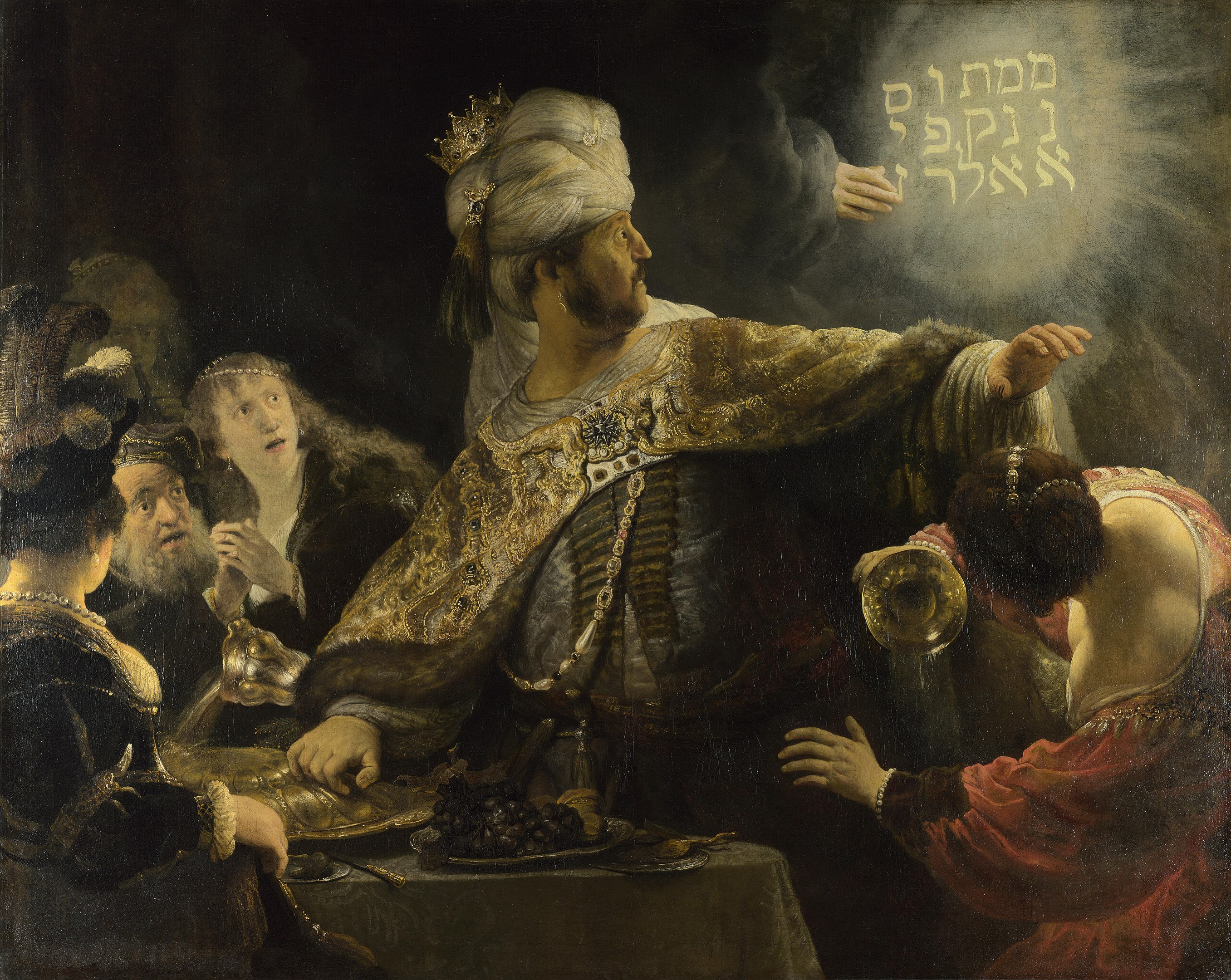 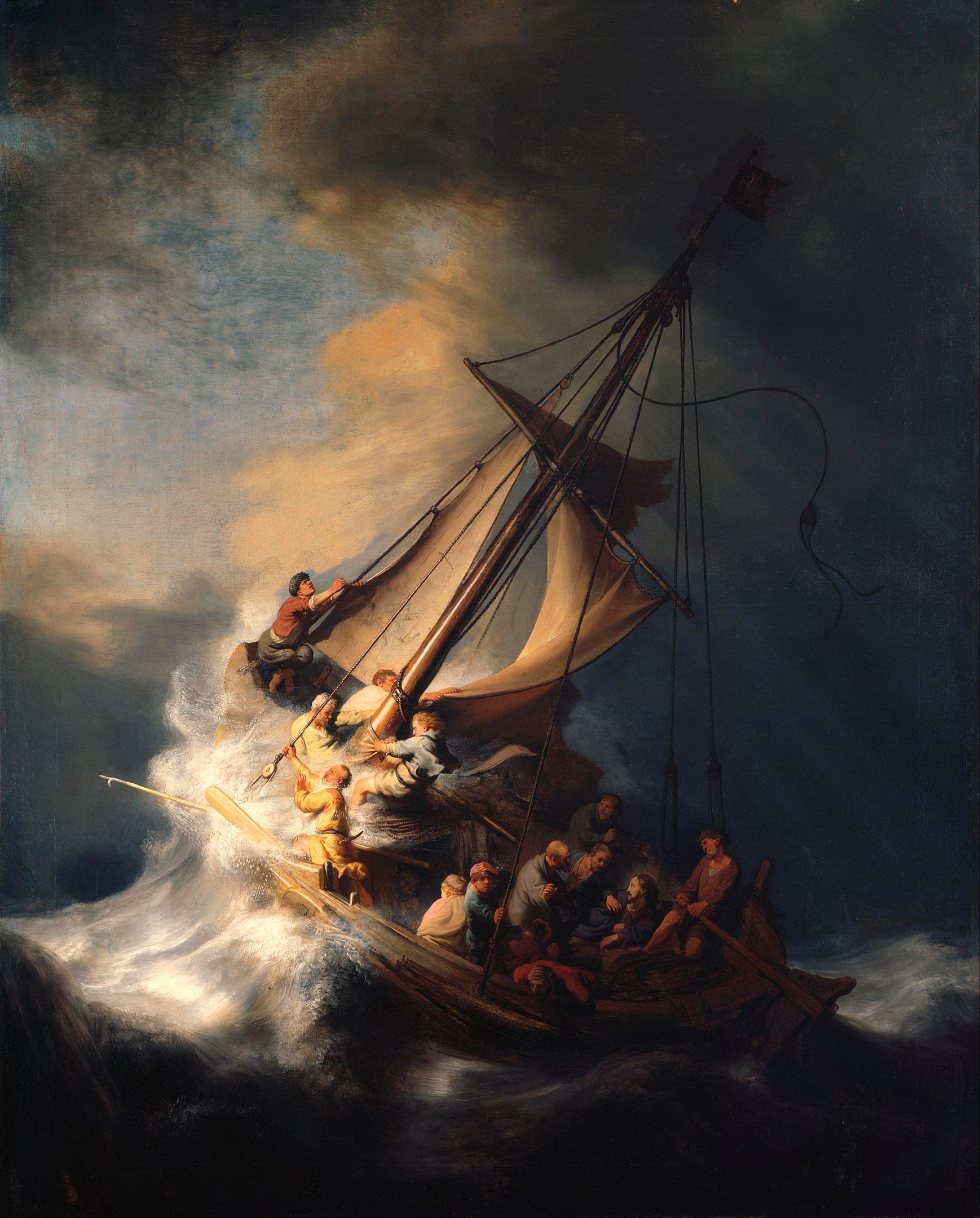 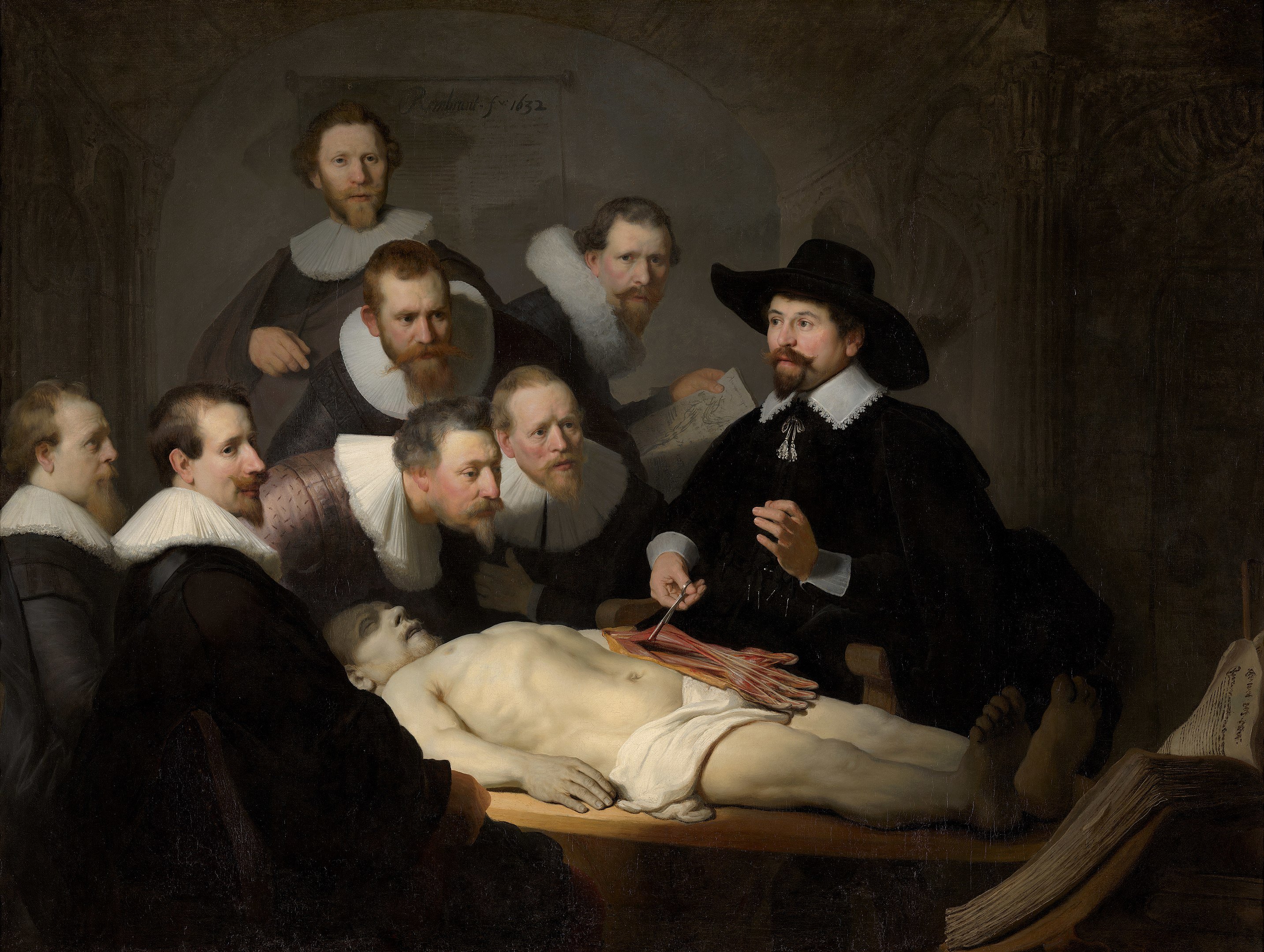 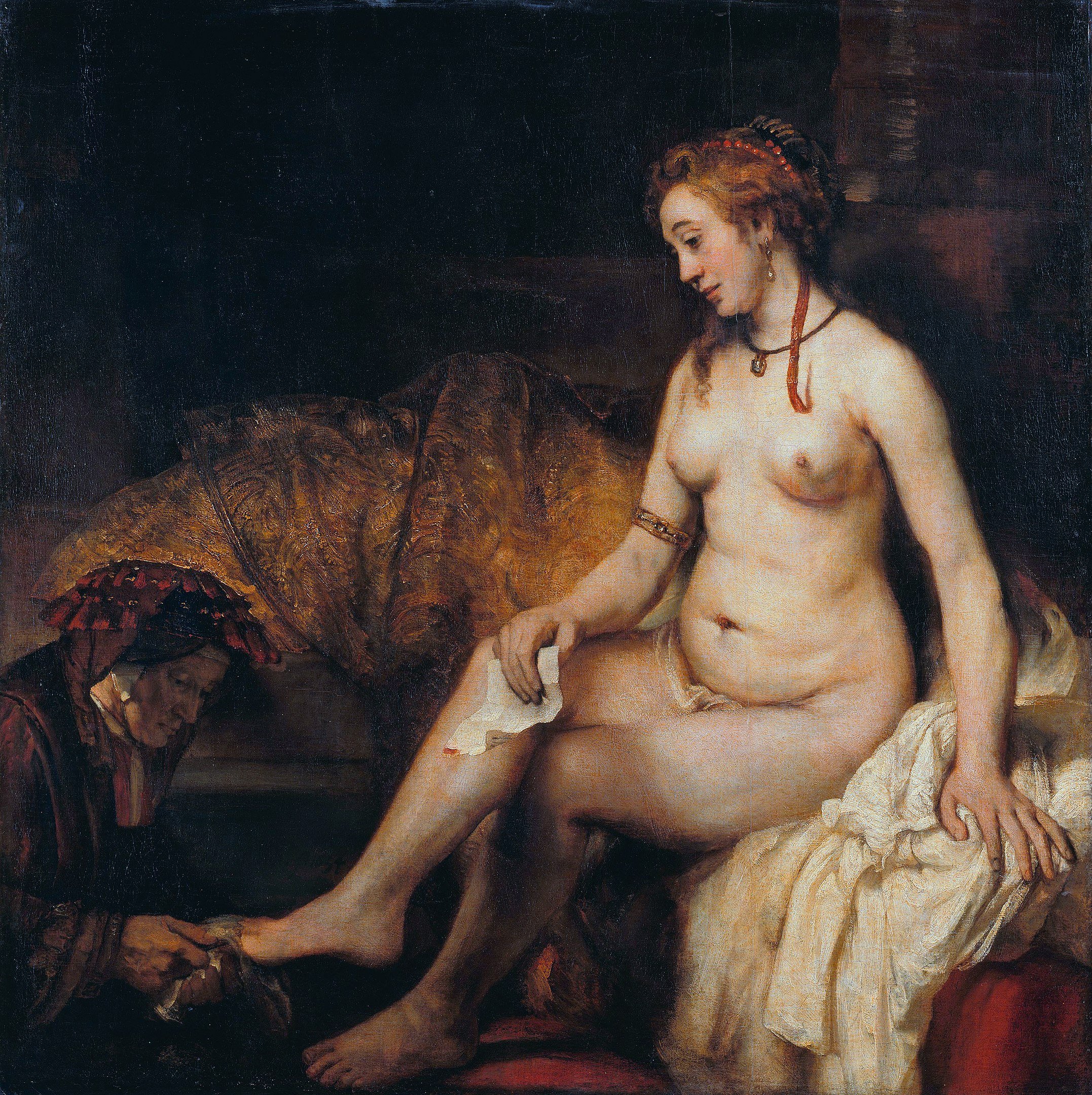 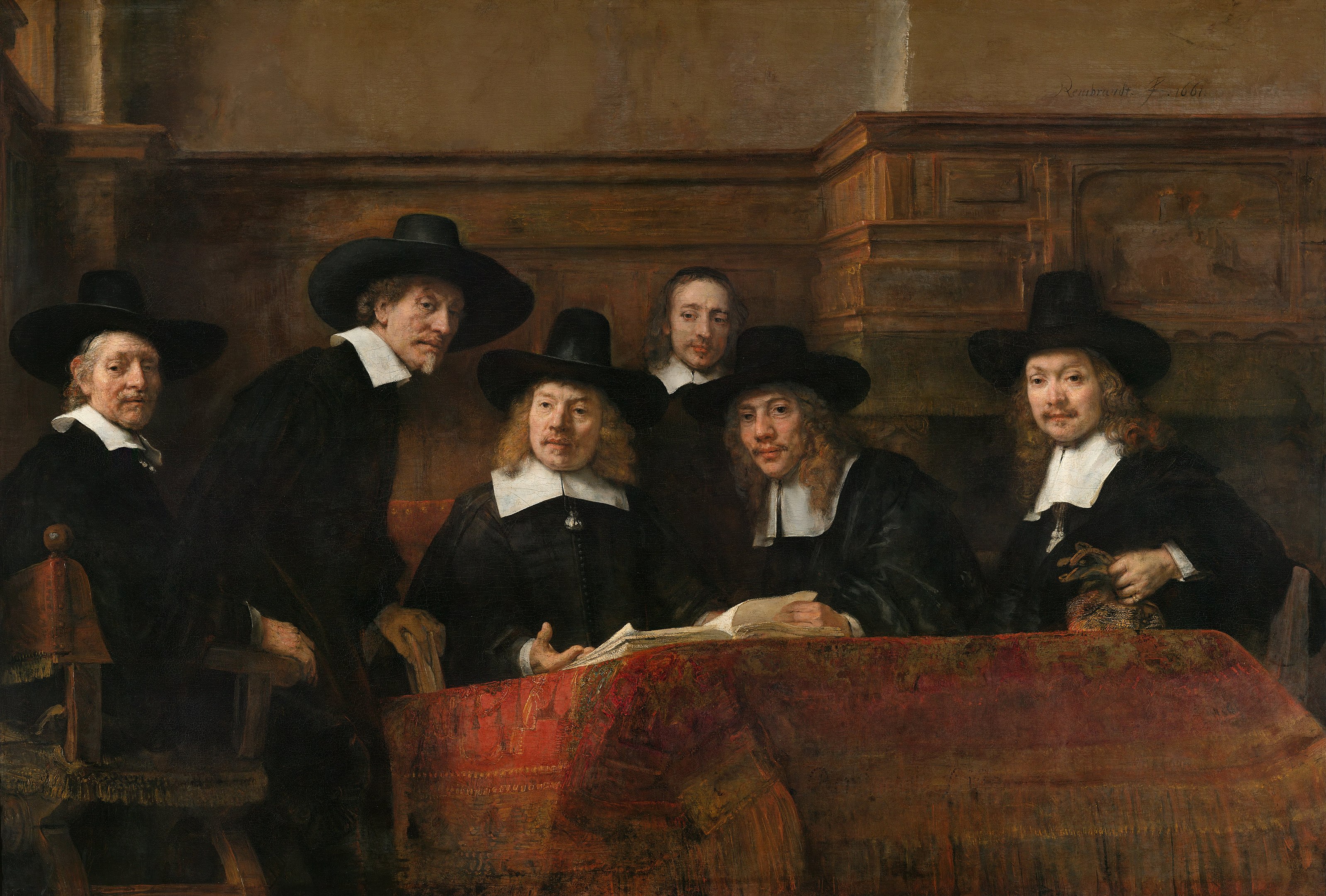 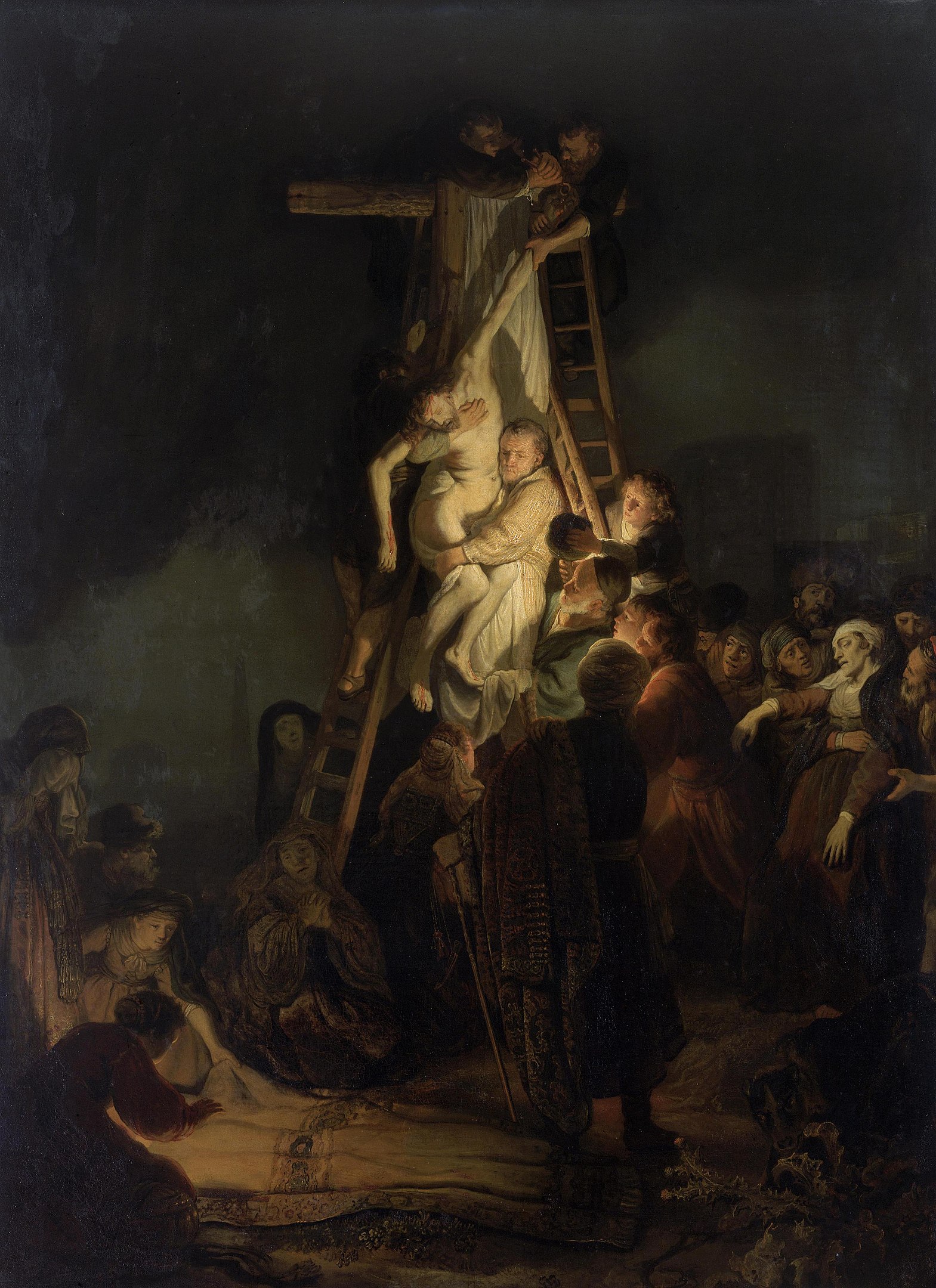 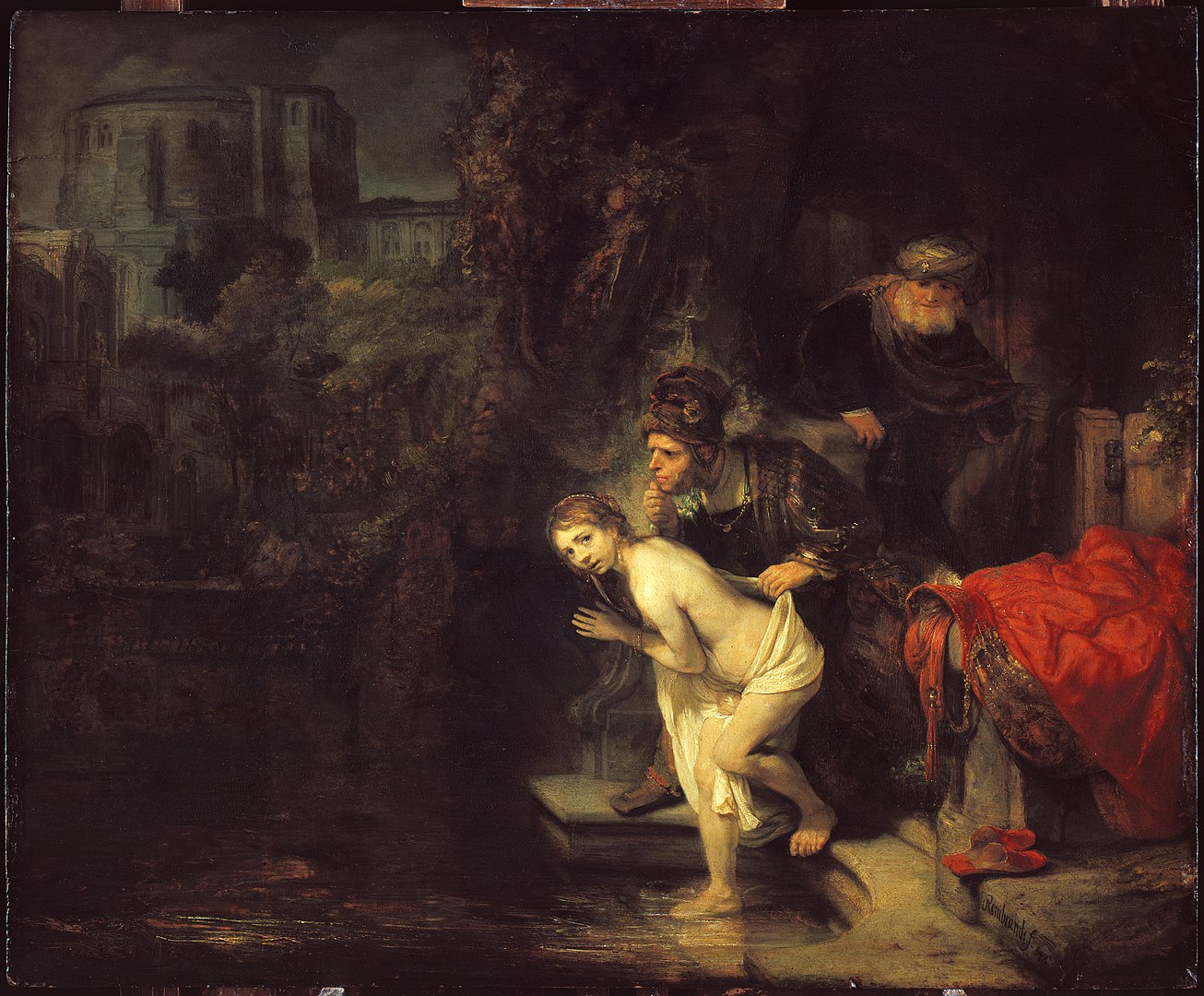 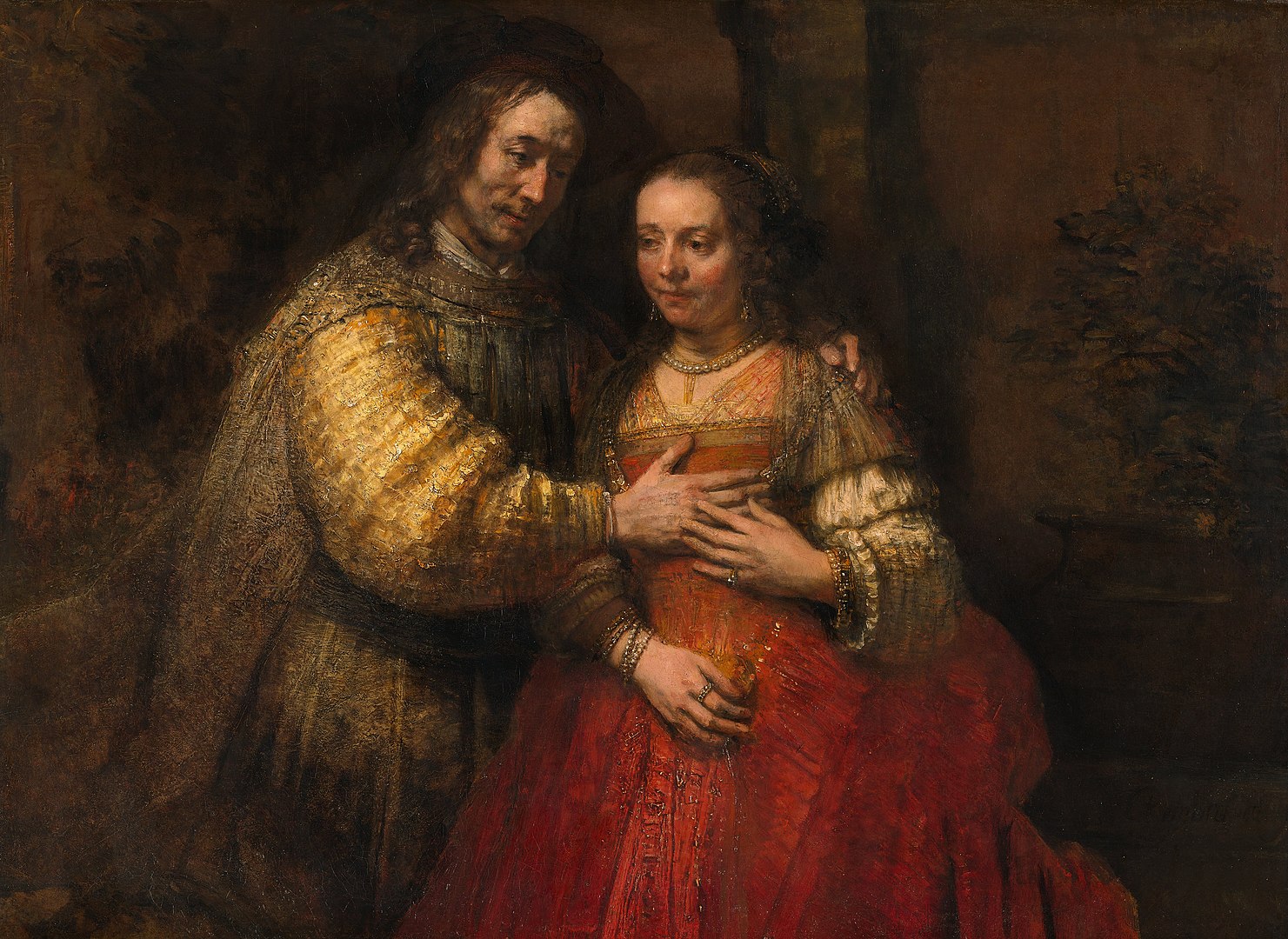 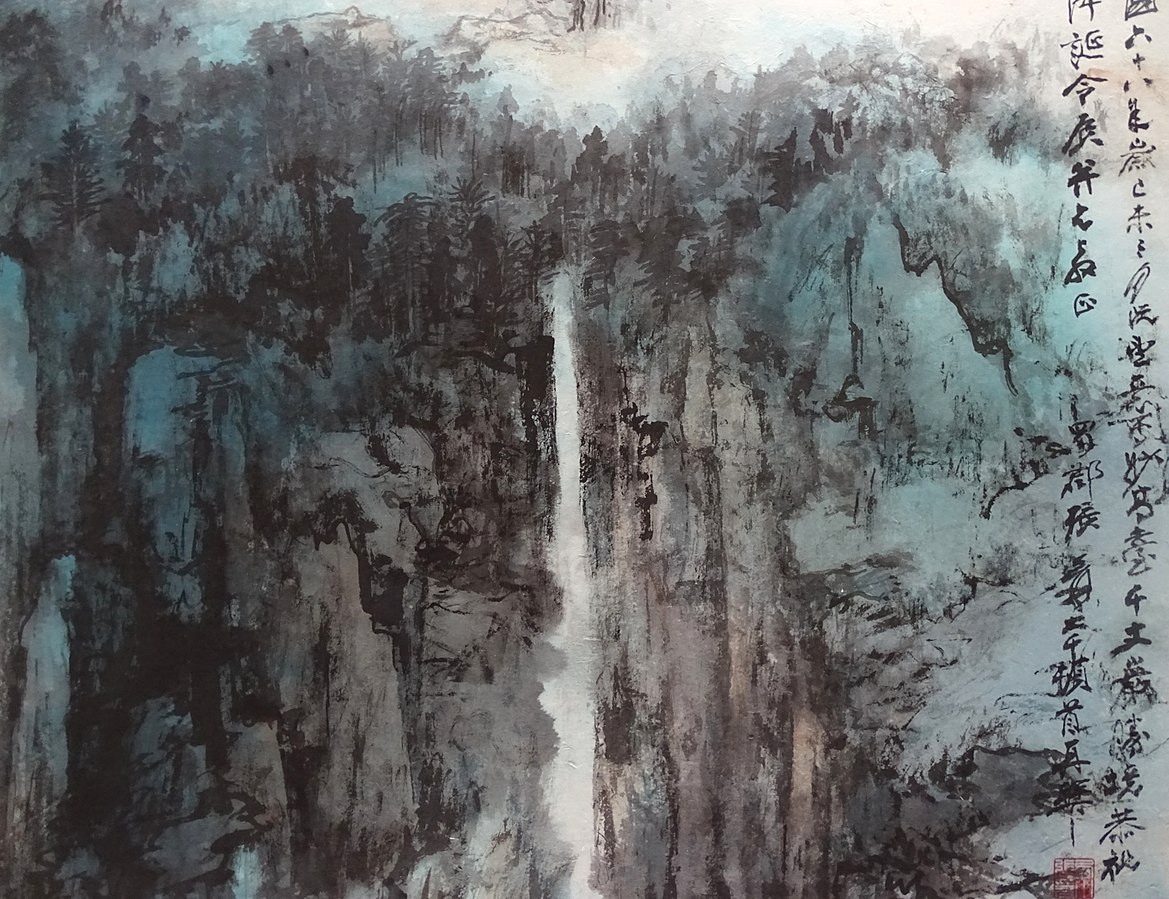 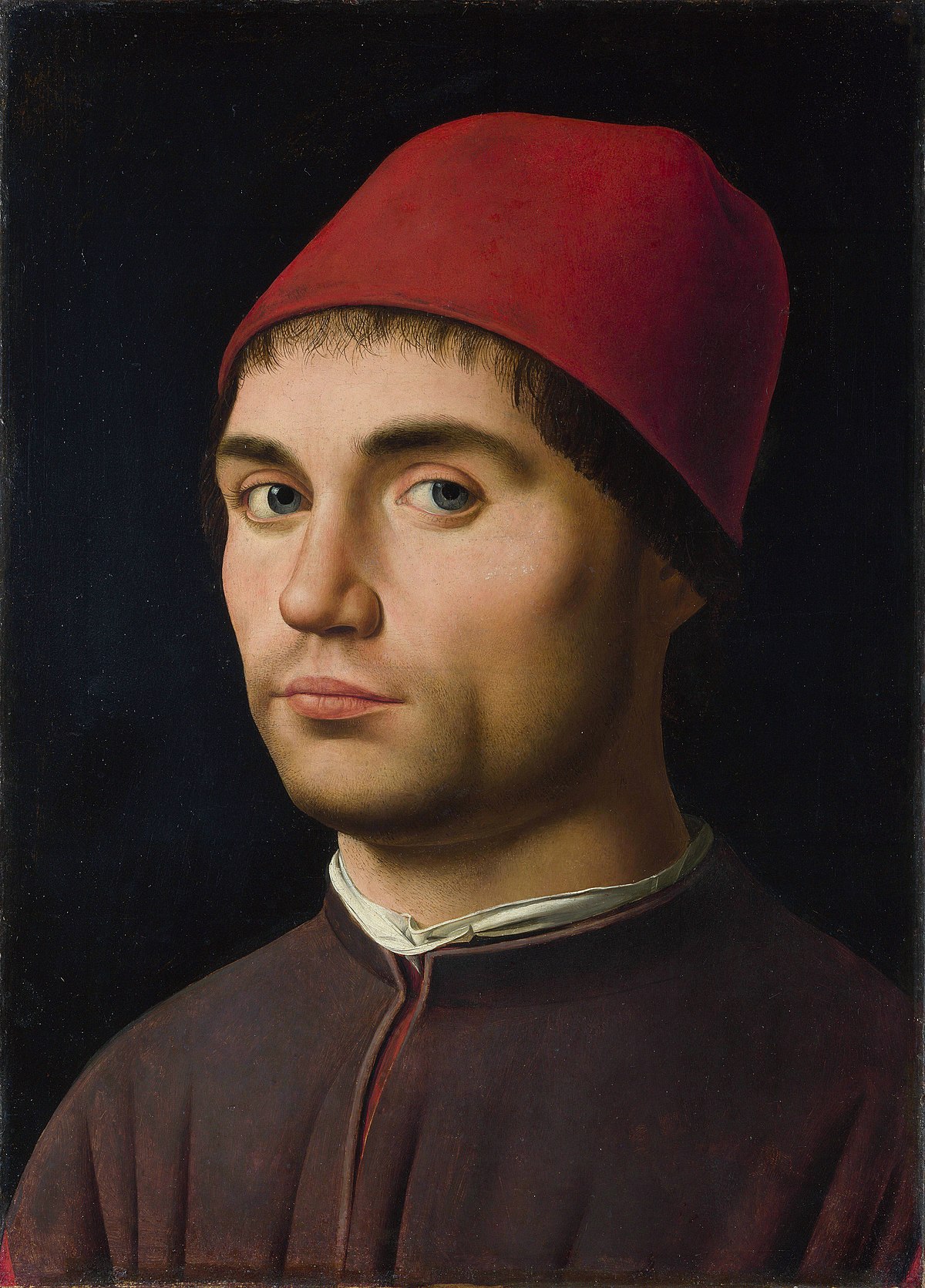