Oliver Sin (born in Hong Kong), was drawn to art since he was very young; according to him, he began to draw at the age of 3.

He has lived in the United States since 1990 (specifically in San Francisco). It was six years later when he graduated in Illustration from the Academy of Art University, an educational institution where he later remained teaching as a professor in the School of Fine Arts and 2D Animation. The truth is that Oliver Sin began his professional career as a computer game concept artist at LucasArts.

Despite all this, it is evident by looking at his work that Oliver Sin's favorite way of expressing himself is portrait drawing. If you read on, you can find out who his influences are, who his teachers were and how Sin sees art. 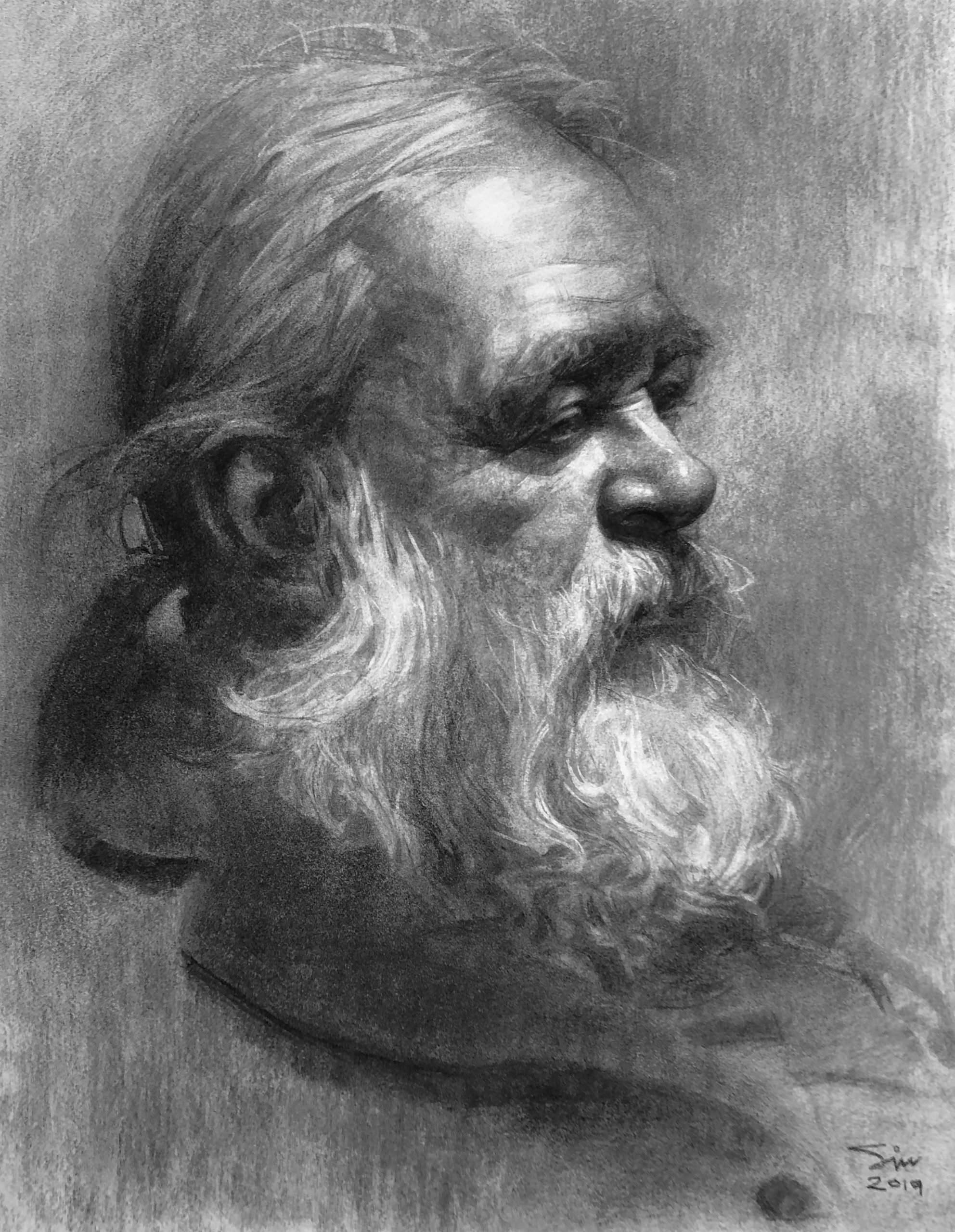 As was mentioned above, Sin favors portrait drawing as his medium of art. It is more usual for him to do charcoal drawings, but occasionally he also does them in pastel (which he does on toned paper). This can be seen, for example, in his Instagram account: @oliversin where he shares most of his works.

What really motivates Oliver Sin is capturing the essence of the people he is portraying, and translating that warmth on paper. The result of these works, as you will see below, is a precise and delicate composition that brings harmony.

To start the next academic year off right, we will be visited by the protagonist of this article: Oliver Sin. The artist will be at Madrid Academy of Art from September 12 to 16. Would you be interested in attending? You can book your place now!

The truth is that we are fortunate this great artists has been able to share his vision of art and learn from internationally renowned artists. Among them, we could mention ZhaoMing Wu, Henry Yan or Chung-Wei Chien.

In terms of figures that have influenced Oliver Sin's work, we would undoubtedly have to mention the master of the 20th century: Nicolai Fechin. It could be said that from the Russian painter he acquired that sensitivity when it comes to creating emotional faces in his portraits.

- April 2019. One of his portraits won the Exceptional Merit Award from the Portrait Society of America's Portrait competition (out of 2,968 entries).

- For the March 2020 issue, Oliver Sin was commissioned for two commissions to appear on the cover of Time magazine as part of the "100 Women of the Year" project.

- In 2021, a charcoal portrait of his father won first place in the Drawing and People's Choice Awards of the International Portrait Society's portrait competition (over 2,500 entries in the competition).

DRAWING THE HEAD FOR ARTISTS

In 2019, Oliver published his first art book, “Drawing the Head for Artists”, "which leads readers step-by-step through his method, from establishing a point of view to applying the timeless principles for creating an accurate and expressive likeness". You can buy it here. 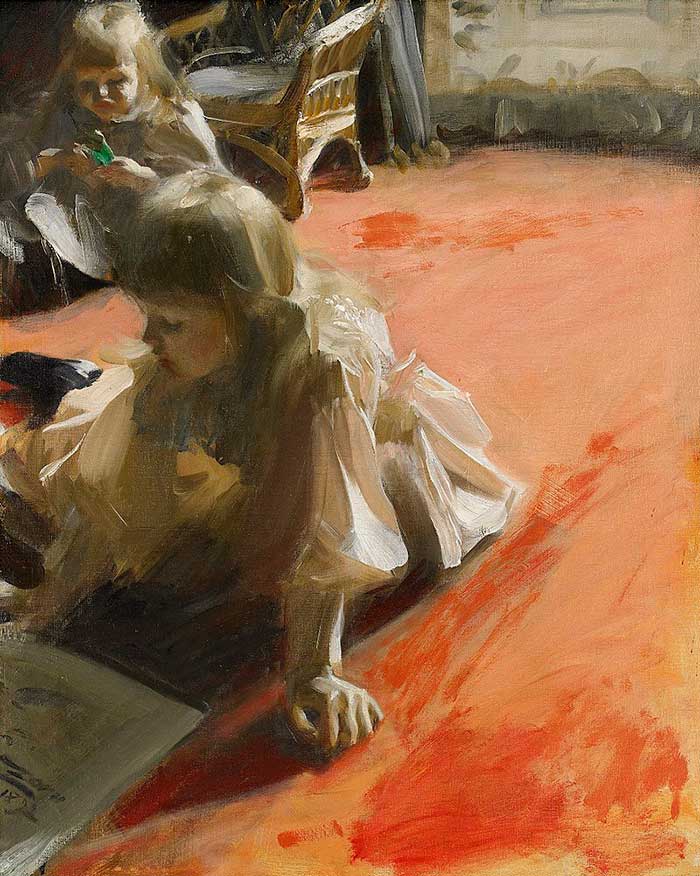 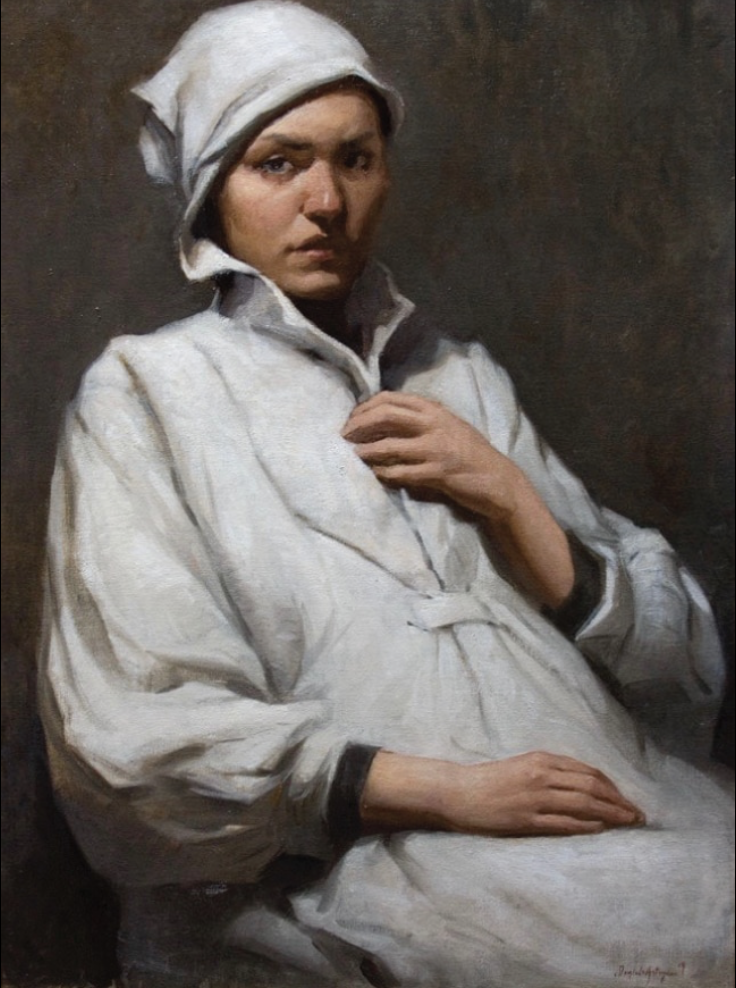