Painting has been a part of the history of academic art in Europe, and elsewhere, for centuries. From the Renaissance to the romantic period, painting was a critical form of art, used to express ideas, feelings, and feelings of the time.

There have been many advancements in the form of painting, from the use of oils and tempera to acrylic and watercolor.

Today, painting is still a form of academic art, with many students studying the techniques and styles of the masters from the past.

The Renaissance period is often referred to as the “birth of modern painting”. During this period, artists began to explore the use of linear perspective, color theory, light and shadow, and realism. Humanism, a philosophical movement that emphasized the importance of individual perspective and experience, had a major influence on the style of painting in the Renaissance. Artists began to create works that focused on the human form and the beauty of nature.

The Baroque period saw a departure from the traditional ways of the Renaissance in painting. During this time, there was a rise in the use of dramatic effects and dramatic compositions. Artists often used exaggerated expressions and dramatic lighting to create more dynamic works. Art during this time was often characterized by a darker, more intense palette.

During the 18th century, the French Academy of Fine Arts had a major influence on the development of academic painting. The Academy was a great center of artistic education and production, where students worked to refine their technique and refine the works of the masters. The Academy stressed the importance of composition, balance, proportion, and color. The 19th century saw the rise of the modern style of painting that is still seen today.

This style of painting was influenced by romanticism, which was characterized by its use of emotion, subjectivity, and imagination. Artists sought to express in paint what could not be expressed in words. The use of symbols, allegories, and metaphors allowed artists to explore their emotional depth.

The early 20th century ushered in the emergence of abstract art, which put the emphasis on the artist's personal vision and subjective content of the works. Artists started to apply abstract principles to landscapes, still lifes, and figurative works, allowing them to explore color, form, and light in new ways.

Abstract expressionism was another major influence in painting during this period. This style used spontaneous brushwork and bold colors to create emotionally charged works. Since the mid-20th century, painting has continued to evolve and has been influenced by many different art styles and movements. The most prominent of these styles include modernism, pop art, minimalism, post-modernism, and neo-expressionism.

Modernism was characterized by its rejection of traditional artistic styles and its exploration of the relationship between art, culture, and society.

Pop art was a movement that employed the use of bright colors, repetition, and irony. Minimalism focused on creating works with few elements and abstract forms.

Post-modernism focused on questioning the traditional functions, materials, and techniques of art making.

Neo-expressionism was a movement that combined expressive brushwork with imagery and strong colors.

Today, painting is still an important form of academic art. Students continue to study traditional techniques and styles as well as experiment with new techniques and forms. Painting has long been a way for artists to express their feelings and ideas, and through the development of new styles and techniques, continues to remain a powerful form of communication.

The renaissance in painting

The Renaissance period of painting, spanning roughly the fifteenth and sixteenth centuries, was an incredibly important and influential period in the history of art.

During this time period, artists began to explore new techniques and materials, creating paintings that differed greatly from those produced in the earlier Medieval period. It was a period of tremendous innovation and creativity, and many of the works produced during the Renaissance are among the most famous and beloved pieces of art in the world.

The Renaissance began in Italy, and it was there that many of the most famous and influential Renaissance painters worked. In the early Renaissance, a new style of painting centered around the use of linear perspective to create a realistic three-dimensional effect, and many famous artists, such as Sandro Botticelli, used this technique to create paintings of religious and mythological scenes.

This period also saw the development of oil painting, which allowed for greater detail and better color mixing than had been previously possible. Many artists, such as Leonardo da Vinci, took advantage of this new medium to create works of remarkable detail and beauty.

The High Renaissance saw a move away from religious and mythological scenes, to a focus on the human figure. Artists such as Michelangelo, Raphael and Titian painted grand and beautiful pieces that focused on the natural beauty of the human form. This period also saw the rise of portrait painting, with artists such as Raphael and da Vinci creating masterpieces that remain among the most famous in the world.

The Northern Renaissance, which took place primarily in countries like the Netherlands and Germany, was slightly different from the Italian Renaissance in that it was more focused on realism. This period is often referred to as the Dutch Golden Age, and it saw the rise of artists such as Rembrandt and Vermeer. These artists focused on everyday life, capturing the mundane moments of everyday living in their paintings.

The Renaissance also saw the emergence of landscape painting, with artists such as Claude Monet and J.M.W. Turner creating beautiful and evocative pieces that capture the beauty of the natural world.

The Renaissance had a profound impact on the world of art, and its influence can still be felt today. The techniques developed during this period, such as linear perspective and the use of oil paints, are still used by contemporary artists. The works of the Renaissance period are also some of the most famous and beloved pieces of art in the world, and they continue to inspire and influence artists today.

The Baroque period of painting spanned from the early 1600s to the mid 1700s and is considered the most important period in Western painting.

Baroque painting is characterized by its dramatic use of light, color, and texture. Its artist’s created works full of emotion and movement and employed a variety of techniques, such as foreshortening and tenebrism, to achieve their desired effects. While the Baroque period had its beginnings in Italy, its influences spread across Europe and even to the New World, making it one of the most influential periods in the history of painting.

The Baroque period began in Italy in the early 1600s and was spurred by the Counter-Reformation, the Catholic Church’s response to the Protestant Reformation. The Catholic Church sought to reassert its power and influence and painted with dramatically intense and emotion-driven content to inspire religious devotion.

The Church sought to use art to capture the hearts and minds of believers and to emphasize the Church’s message of divine authority and power.

The leading figures of the Baroque movement were Caravaggio, Artemisia Gentileschi, and Pietro da Cortona in Italy, Peter Paul Rubens and Anthony van Dyck in what is now Belgium, and Rembrandt in the Netherlands. They all employed an exuberant approach to painting and their works often displayed a sense of movement and drama.

The painting of the Baroque period was characterized by a deliberate manipulation of light and shade, particularly through the use of tenebrism and chiaroscuro.

Tenebrism is the art of creating drama and contrast through the use of intense light and dark.

Chiaroscuro is a technique in which an artist manages the light and dark of a painting in order to create a sense of depth and atmosphere.

The Baroque period is also renowned for its use of foreshortening, a technique in which figures are drawn in such a way that they appear to be receding into the distance. By using foreshortening, the artist could create a sense of dynamism and movement. In addition to its influence in painting, the Baroque period was also influential in architecture.

Many new churches and palaces were built during this time, and these buildings often featured elaborately decorated façades and interiors.

The Baroque period was also an important period for sculpture, as artists sought to create dramatic figures full of emotion and movement. This was in stark contrast to the classicism of the previous periods.

The Baroque period in painting marked a dramatic shift from the classicism of the Renaissance and Mannerism. Its artist’s sought to create works full of emotion, drama, and movement, and used a wide variety of techniques to achieve their desired effects.

This period of painting is still influential today and its works are still admired and appreciated for their beauty and drama.

Academic painting or academicism is a style of art and architecture that originated in Europe during the 19th century.

It was characterized by traditional, realistic, and detailed techniques, as well as an emphasis on education and training. Academicism was a reaction to the rise of Romanticism, which sought to break down boundaries between subject matter and to simplify representation.

The term "academicism" can refer to a range of different philosophies, approaches, and techniques. It is a broad style that encompasses a variety of artistic and architectural characteristics, such as idealized, realistic figures, classical motifs, and complex compositions.

The Academy sought to promote an idealized, classical style of painting that was based on the works of the Italian masters, such as Raphael and Michelangelo. This approach to art became known as the "academic tradition".

The academic tradition was further refined in the 18th century by Jacques-Louis David, who is often credited as the founder of academic art. His teachings emphasized the importance of hard work, discipline, and precise execution. He also advocated for the study of both the masters of the past, as well as the study of nature. This combination of traditions created a new style of painting, which sought to combine the realistic with the ideal.

The academic tradition was further refined throughout the 19th century. Artists such as Jean-Léon Gérôme and William-Adolphe Bouguereau developed a preference for precise and detailed depictions of figures, as well as an adherence to classical motifs.

This approach was widely accepted among art academies and salons, and as a result, it became the dominant style of painting in Europe during the 19th century.

The academic tradition had a profound influence on the development of art. It was widely adopted by other schools of art, such as the Nazarene Movement in Germany and the Pre-Raphaelite Brotherhood in England. It also influenced the emergence of other styles, such as Impressionism, which sought to break down the barriers between different genres and techniques.

Academic painting is still studied and practiced today. Its techniques and principles are often referred to by artists in a variety of fields, from traditional painting to digital art. Academicism can also be seen in modern architecture, such as the iconic Louvre Museum in Paris. Academic painting remains an important influence on the development of art, and its principles and techniques continue to be relevant to artists today. 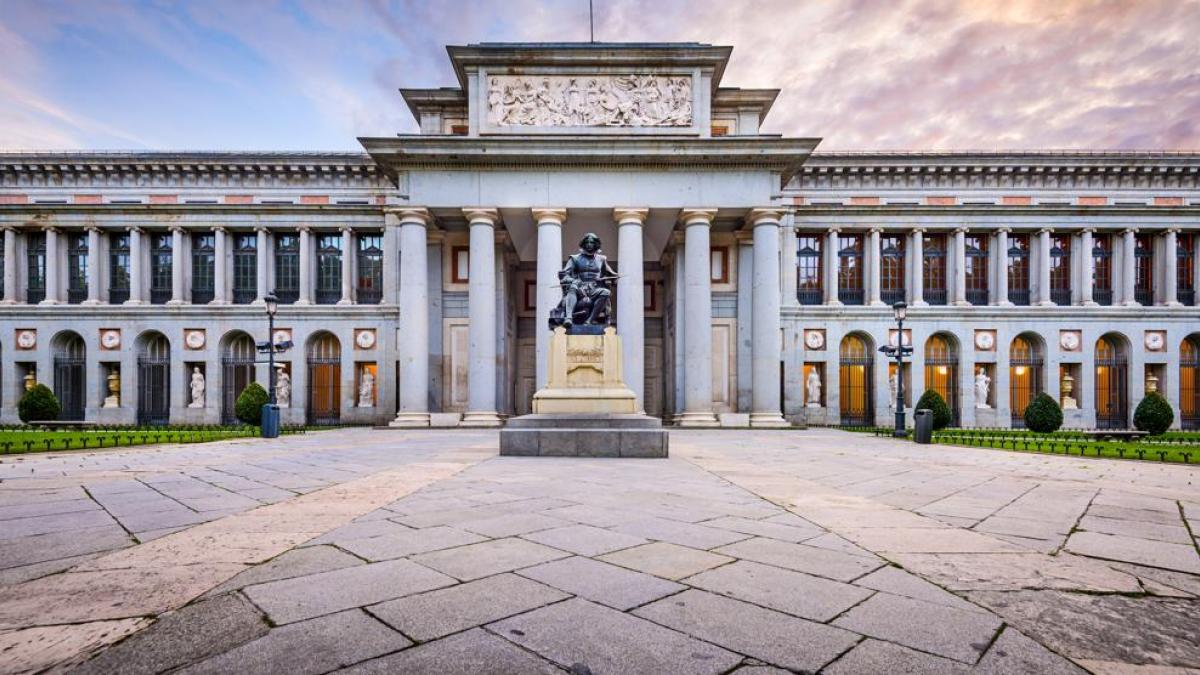 Experience the Beauty of Spanish Art at the Prado Museum 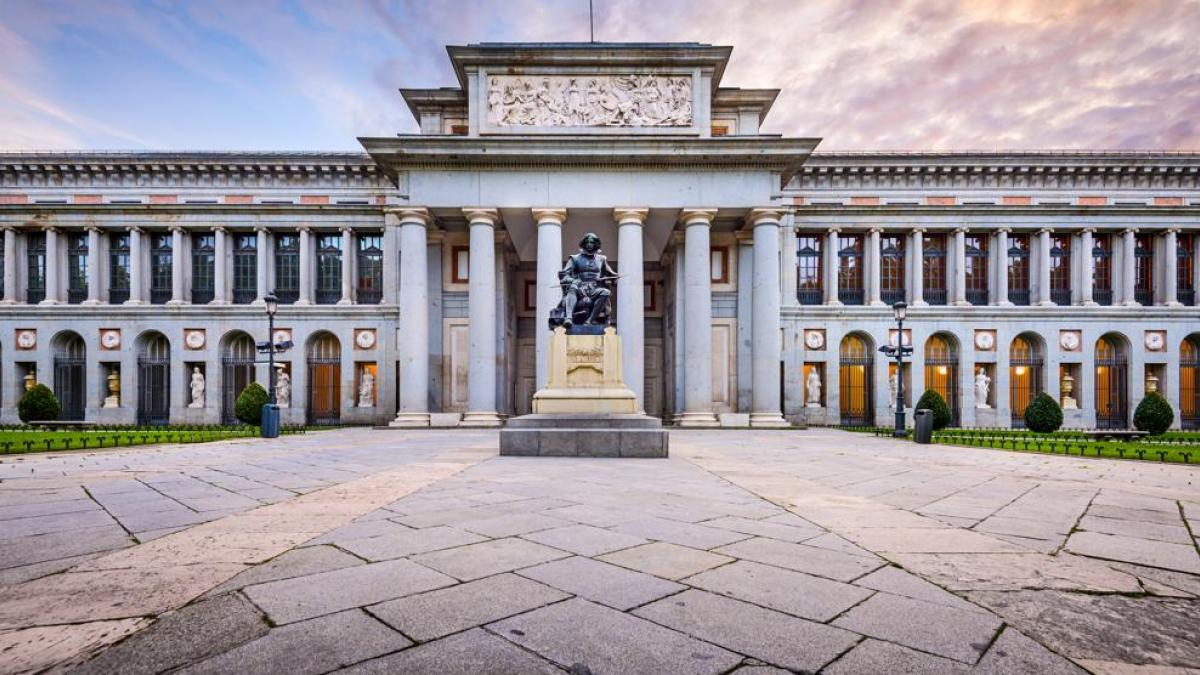 Uncover the Secrets of Prado's Masterpieces