Antonio López García (born 5 January 1936 in Tomelloso, Ciudad Real, Spain) is a Spanish painter, sculptor and draftsman. He is considered one of the most important Spanish painters of the second half of the twentieth century. López García's works are characterized by a realist style in which the everyday life and the environment of his native city are the main theme. 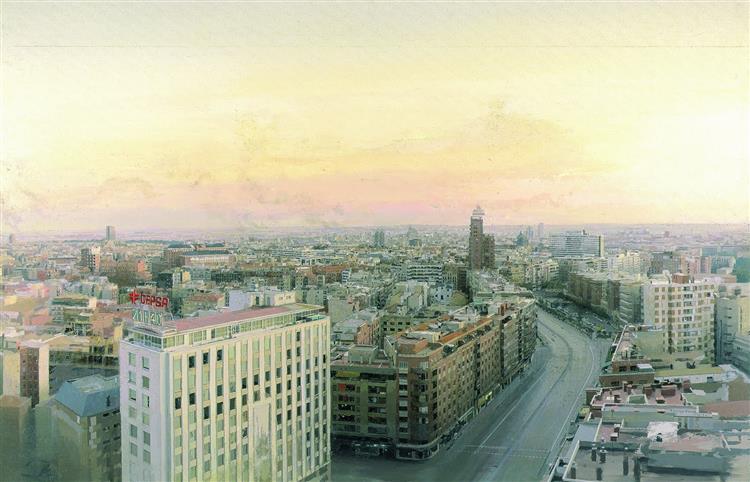 López García studied at the School of Fine Arts in Madrid from 1953 to 1958. In the early 1960s he began to develop his own style, which is characterized by a meticulous observation and study of everyday life and nature. He creates a realistic image of a world that is both familiar and distant. His paintings are often populated by anonymous figures, who do not exhibit any emotion or interact with each other.

López García has won several awards for his paintings, including the Golden Medal at the IX Biennial of Venice in 1976 and the Gold Medal of the Generalitat of Catalonia in 1984. López’s work can be found in many public and private collections, including the Museum of Modern Art in New York, the National Museum of Contemporary Art in Madrid, and the Reina Sofia National Art Museum in Madrid.

López continues to create new works of art, combining abstract and figurative elements to create a unique and powerful visual language. His work has been exhibited in galleries and museums around the world, and he is recognized as one of Spain’s leading contemporary artists.